Music as a universal language. A conversation with Claudio Baglioni

On this occasion Claudio will meet the public at Casa Italiana Zerilli-Marimò (NY) on December 16 at 6pm to discuss “Music as a universal language that can unite the world”.

Claudio Baglioni, one of the most beloved artists in the history of popular Italian music, is touring the globe with his “Un Solo Mondo – One World 2010” and will perform in New York City on Friday, December 17 (Angel Orensanz Foundation).

A constant protagonist of the Italian musical scene since the late Sixties, Claudio Baglioni, after 50 years of music and a successful world tour, finally arrives in New York for a special concert on December 17 at the Angel Orensanz Foundation.

Describing Claudio Baglioni is a bit like describing one self, especially if one was an adolescent during the early Seventies, when Italy was living its economic boom and was about to enter a difficult era, transitioning from optimism to the strategy of tension, and finally to the so-called Years of Lead.

It was an Italy where the music of the younger generation was still traditionally melodic, even though some singer-songwriters were beginning to emerge with a new sound, less catchy, with lyrics that suggested unusual topics for those years, sometimes intimate, and the opposite of the then usual “papaveri, papere” [poppies and ducks] and “mille bolle blu” [a thousand blue bubbles] sorts. It was in this period of Italian transition that Claudio Baglioni’s brilliant career began. He was a young singer-songwriter from a common family: his father was a petty officer of the Carabinieri, and his mother was a housewife who did some tailoring on the side.

Even as a child Claudio showed a precocious passion for music and song that convinced him (with the help of his parents) to participate in many competitions for new voices.

At just age thirteen, in 1964, Baglioni took part in “Voci nuove di Centocelle” [New voices of Centocelle], a vocal competition that took place in his own neighborhood of Centocelle, just outside Rome: on that occasion he performed “Ogni volta” [Every Time] by Paul Anka. He tried again the following year and actually won, with “I tuoi anni più belli” [Your best years], the piece sung at Sanremo that year by Gene Pitney and Iva Zanicchi. Other competitions followed, such as the “Festival degli sconosciuti” [Festival of Unknowns] in Ariccia, Rome, and performances in small cinemas of the Roman outskirts as well as parishes, always in front of a really small public, to which he proposed a mix of protest songs, from the Beatles and Bertolt Brecht, to the poems of Pablo Neruda and Cesare Pavese.

In 1969 producer Antonio Coggio, for RCA, signed Baglioni for the recording of his debut disc, a 45 rpm containing “Una favola blu” [A Blue Fable] and “Signora Lia” [Mrs. Lia]. The latter was entirely composed by the young artist. After another single, “Io, una ragazza e la gente” [Me, a Girl and the People], and the vocal participation in the soundtrack of Franco Zeffirelli’s movie Brother Sun, Siter Moon, he published his first album which was such a flop that it was withdrawn from the market after only a few months.

However, luckily for us, his passion was strong and Baglioni pushed forward until 1972, when he released “Questo piccolo grande amore” [This Little Big Love], a concept album in which the several songs are linked to each other by a single story. It was an immediate success that reached the top positions of Italy’s hit parade and defined him as the Italian Romantic Singer-songwriter par excellence. When the 45 rpm reached one million sold copies, he released a new album entitled “Gira che ti rigira amore bello” [All Things Considered Beautiful Love]. This was also a great success, with a theme and a prominent song, “Amore bello” [Beautiful Love]. This time the plot is a young man traveling aimlessly in a yellow Citroen 2CV named ‘Camilla’, a car Baglioni actually owns.

From that moment on Claudio Baglioni’s career was unstoppable; album after album he gained notoriety and within a public that appreciated his originality, and his attempts to experiment new musical languages, questioning himself and trying to grow out of the label of “the singer with the thin t-shirt”. Baglioni speaks about love, but tries to overcome the typical “romantic” clichès, digging deeper, describing melancholies, concerns, and disillusions of those who feel love.

His constant research of new expressive methods led to “Ninna nanna” [Lullaby] in 1974, in which the music accompanied a poem by Trilussa. In “Poster”, on the other hand, he introduced the idea of “going far away”, as expressed by the chorus in which the voice takes flight beyond the routine in which the protagonists lives day by day.

Baglioni demonstrated from the start his wish to not only concentrate on the topic of love, but also on the world around him. In 1981, when the Berlin wall was still years away from being torn down, he sang tenderly about the “girls of the East” and of their longing tears for a “springtime that never came”.

Baglioni’s success didn’t diminish even when he focused on far fetched topics such as “I vecchi” [the elderly], an affectionate portrait of those who reach the final stages of their life, or in “Uomini Persi” [Lost Men], in which he leniently observed those who took wrong turns in their life, but that were children a long time ago. And finally he composed refined works such as “Io sono qui” [I am here], “Noi no” [Not us], “Io dal mare” [I from the sea], “Acqua dalla luna” [Water from the Moon], and many others.

It is during the last years that Baglioni re-invented himself, ripening and holding on to the high places of the hit parade, developing a direct contact with his fans thanks to his concerts around Italy and the world. He also collaborated with musicians such as Pino Daniele, Mia Martini, Paco De Lucia, Phil Palmer, Youssou N’Dour, Laura Pausini, Irene Grandi, and Andrea Bocelli, demonstrating his constant research for something new, a research that went beyond the musical language. He was frequently evolved in cultural panels, seminars and lectures with the younger generations, frequently in music schools all over Italy. Baglioni’s artistic evolution brought him to television and in 1997 and 1999 he co-lead shows with Fabio Fazio that revisited the 1970s in Italy as well as the whole 20th century through music and the many social phenomena of the past. This gave him a chance to show his more ironic side, which amazed those that only knew him as a romantic singer. In 1998, for the centennial of the Italian Soccer Federation, he wrote “Da Me a Te” [From Me to You], which became the official anthem of the azzurrifor the 1998 Fifa World Cup in France. Baglioni’s success was unstoppable and brought him through the Millennium still as a protagonist. Especially in his live concerts he showed a constant search for innovation, for something different to offer the public, with light designs, evocative atmospheres and essential choreographies. Not stopping at that, a series of concerts in the most important Italian amphitheaters soon followed, minimalist live events characterized by the dialogue between the public and himself, alone, on stage, accompanying himself on the piano. This culminated in the project of re-proposing a new version of “Questo Piccolo Grande Amore” from 1972, “Q.P.G.A.”, the acronym of the song, which brought to theatrical concerts, and album, a feature film and even a book written by Baglioni himself.

A career of over forty years has allowed Claudio Baglioni to maintain his original public, which was subsequently joined by the younger generations. Not many Italian artists today have the opportunity to perform in front of grandparents, parents, and those kids that today are the age of those kids that in the 1970s saw the beginning of Baglioni’s career and who today have white hair and the same amount of enthusiasm, just like their idol.

And Baglioni’s concerts are events in themselves, even if some of them have been surprises and free, as happened in 2007, when he performed from the terrace of his house from the 1960s in Centocelle. Or when he got on the 51 Bus in Rome and improvised on the guitar for a small number of baffled passengers, a stunt he replicated in Milan on the 24 Tram and in Naples on a bus in Chiaia!

His latest large live event was the “One World Tour 2010 – Un solo mondo”, the first part of which ended on May 29, 2010, with a sold out concert at London’s Royal Albert Hall, in front of 3600 spectators. After the summer Claudio Baglioni has taken up his voyage through the five continents, playing in Argentina, Chile, Brazil, Venezuela, Costa Rica, Colombia and now New York in the States, after which he will move on to China, Japan and Australia before returning to Europe in December. A concert that shouldn’t be missed: three hours of music and memories in which Claudio Baglioni is sided by a group of nine poli-instrumentalists. A unique opportunity for someone who has never heard his songs, but also for all those fans who wish to personally meet a friend that shared a large amount of life with them. 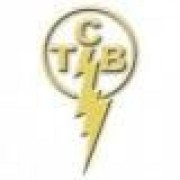 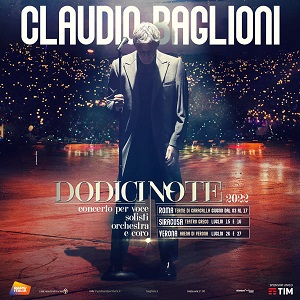